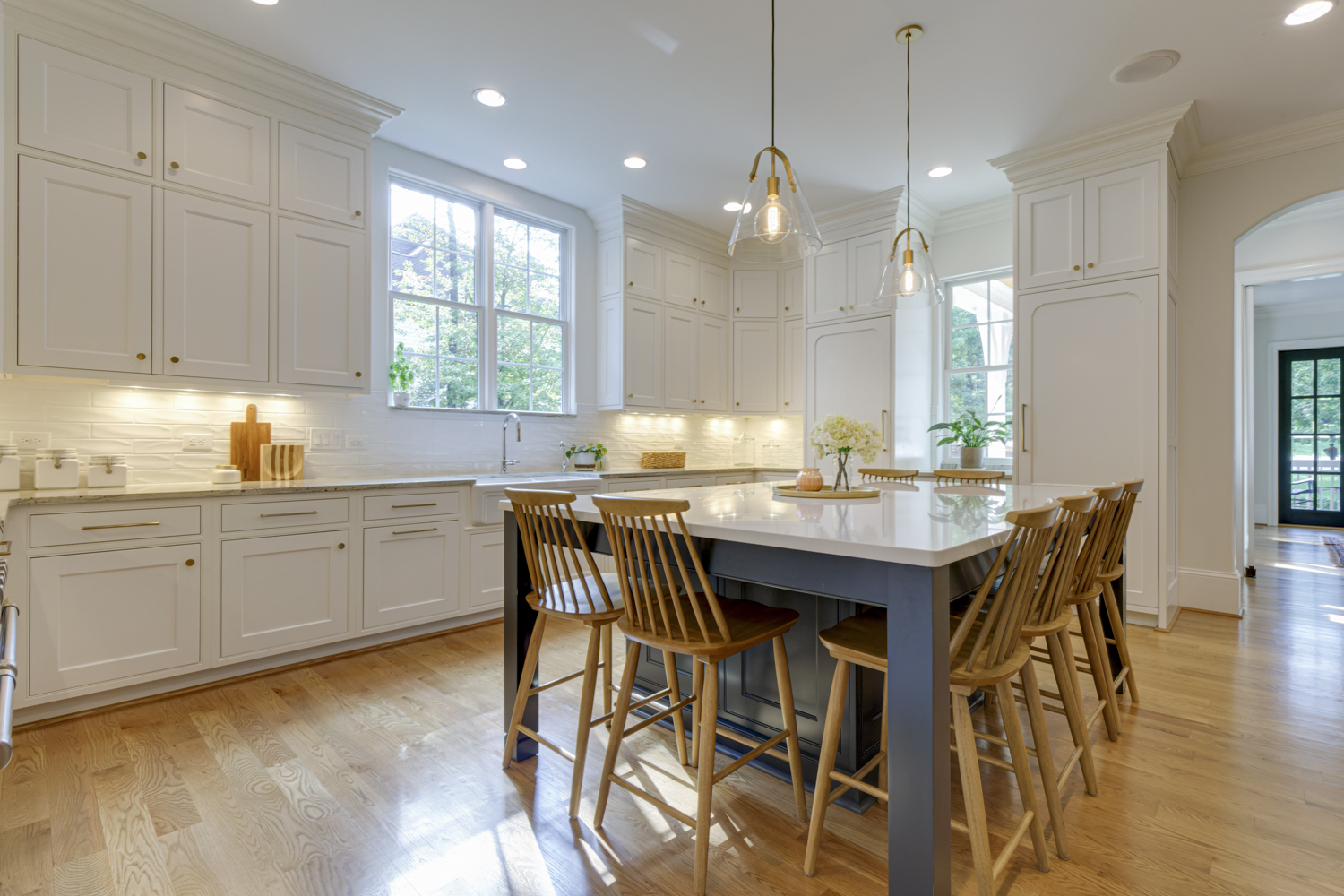 This dark, taste-specific kitchen needed a facelift. The goal for this kitchen was to give it new life by making it bright and open for the new homeowners to enjoy. 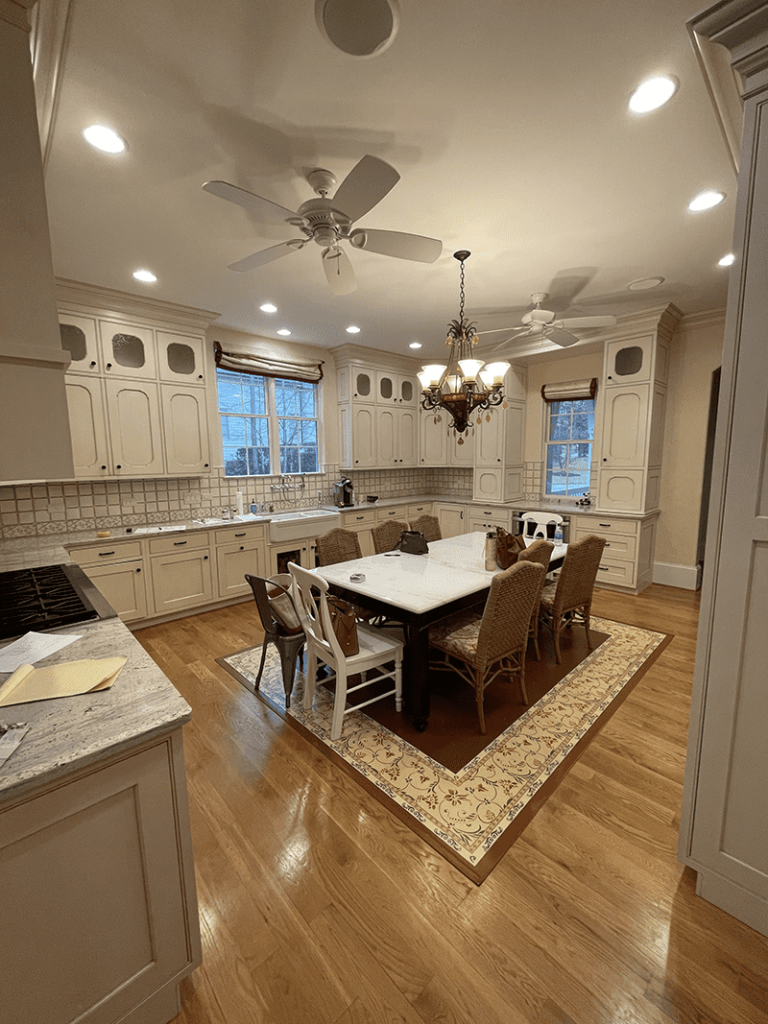 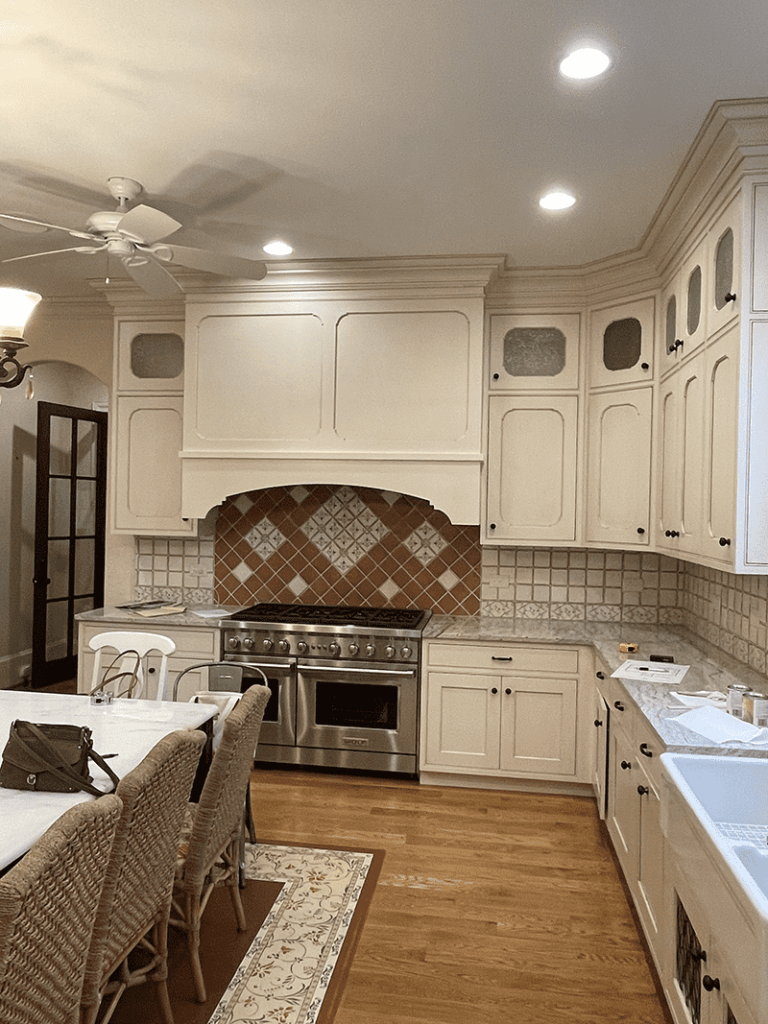 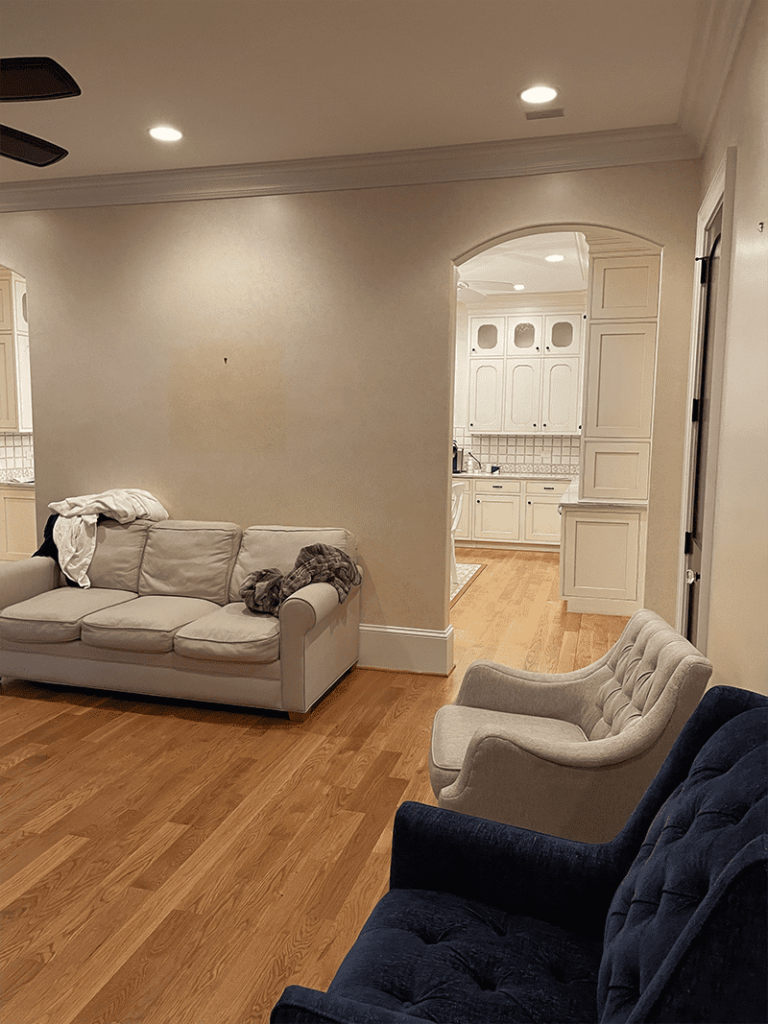 We started by removing the wall between the kitchen and the family room. To do this, we relocated the refrigerator and freezer columns. We reworked a small portion of the existing countertop to accommodate them. 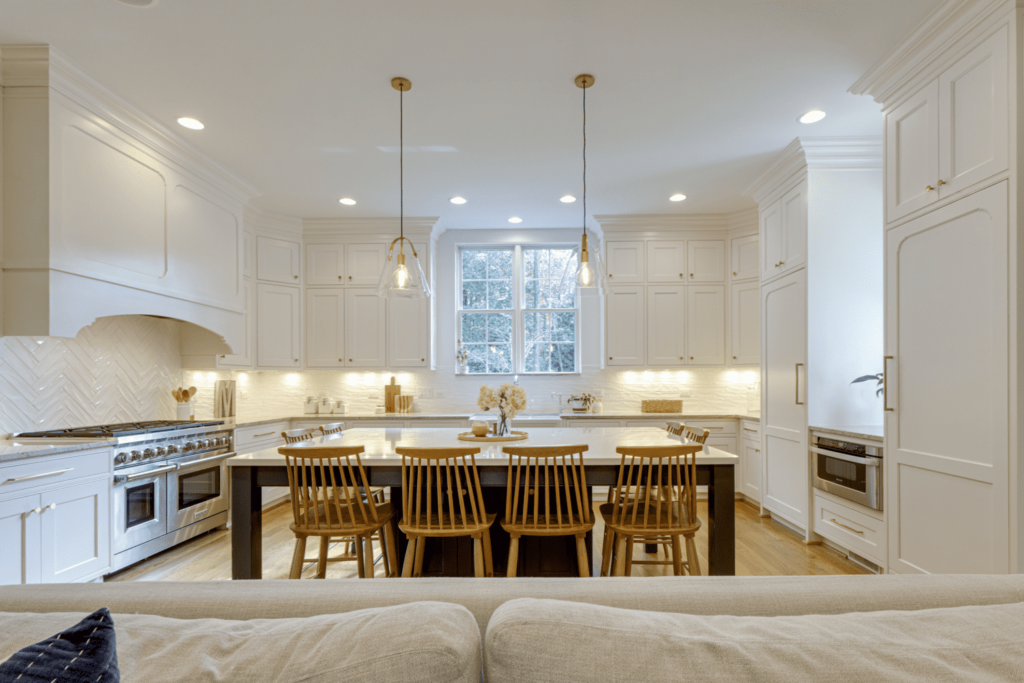 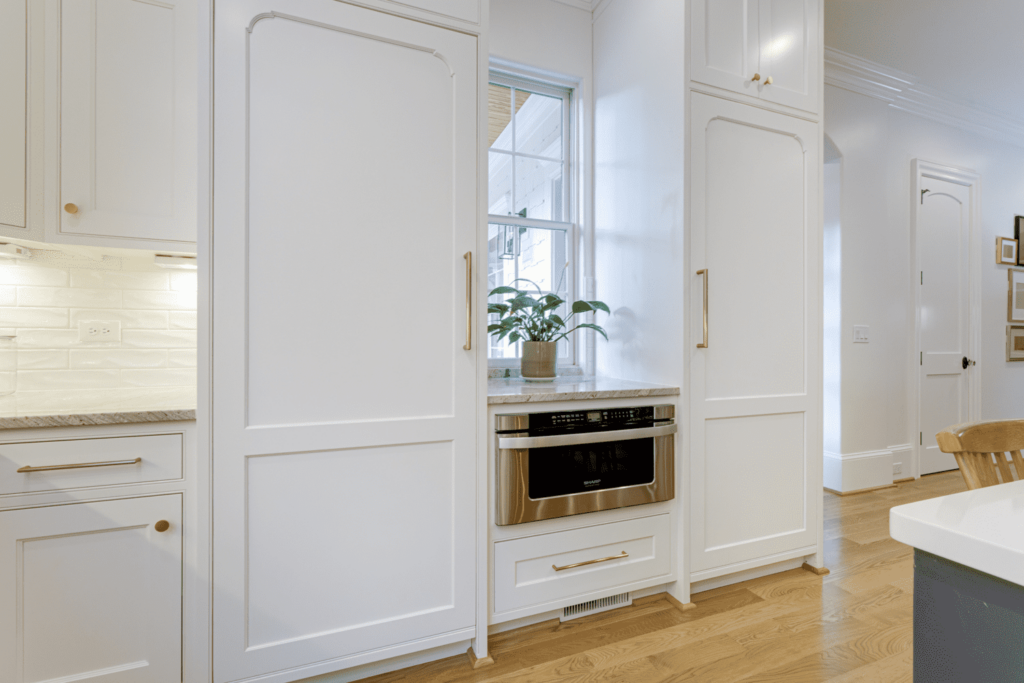 The existing cabinetry had great bones, so we only replaced the upper inset doors to match the existing base cabinets. This eliminated a curve detail and gave them an updated, modern look.

Custom cabinetry was built to address a height difference over the refrigerator and freezer. The perimeter cabinets were painted a bright white and accented with a dark navy blue island. 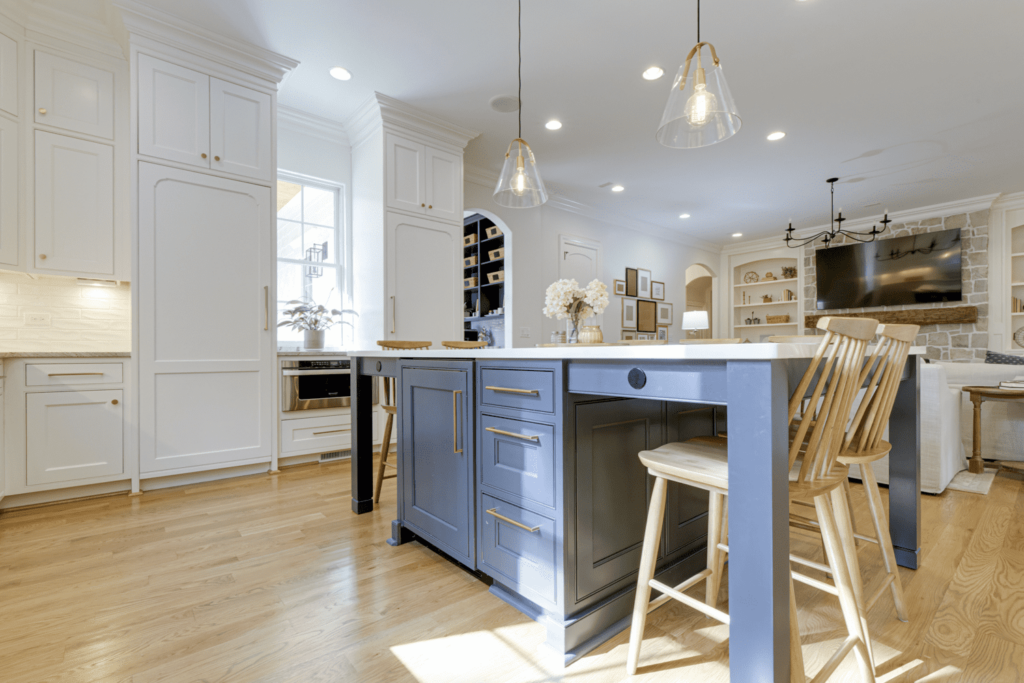 The large custom island was created to serve multiple functions. It housed the relocated beverage refrigerator and also expanded the table seating. 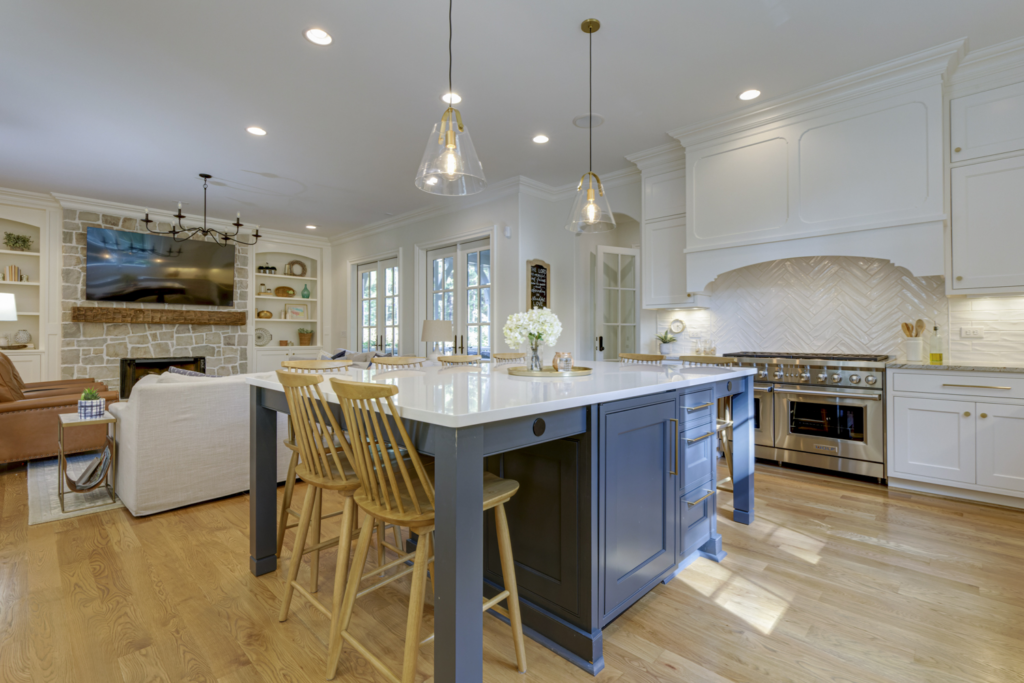 We also replaced the original Spanish-style tile with a white, textured subway tile. Laying the tile in a herringbone pattern over the range created the perfect amount of visual interest. 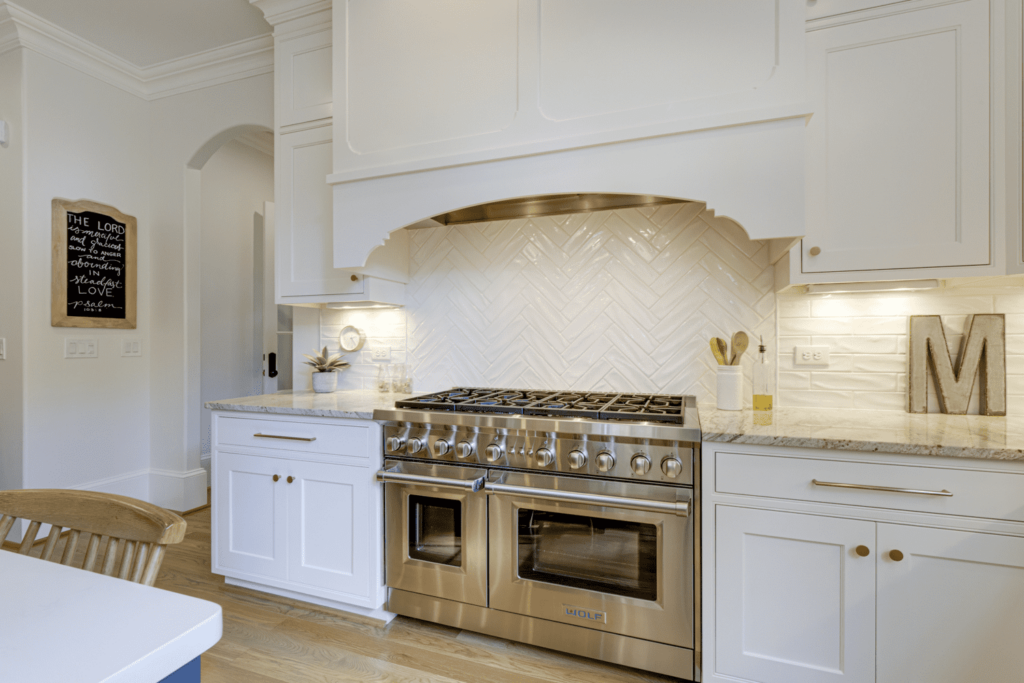 New light fixtures were added over the island and the hardware was updated to a more modern look. The now open living room fireplace also got a new stone surround to blend with the style of the kitchen. 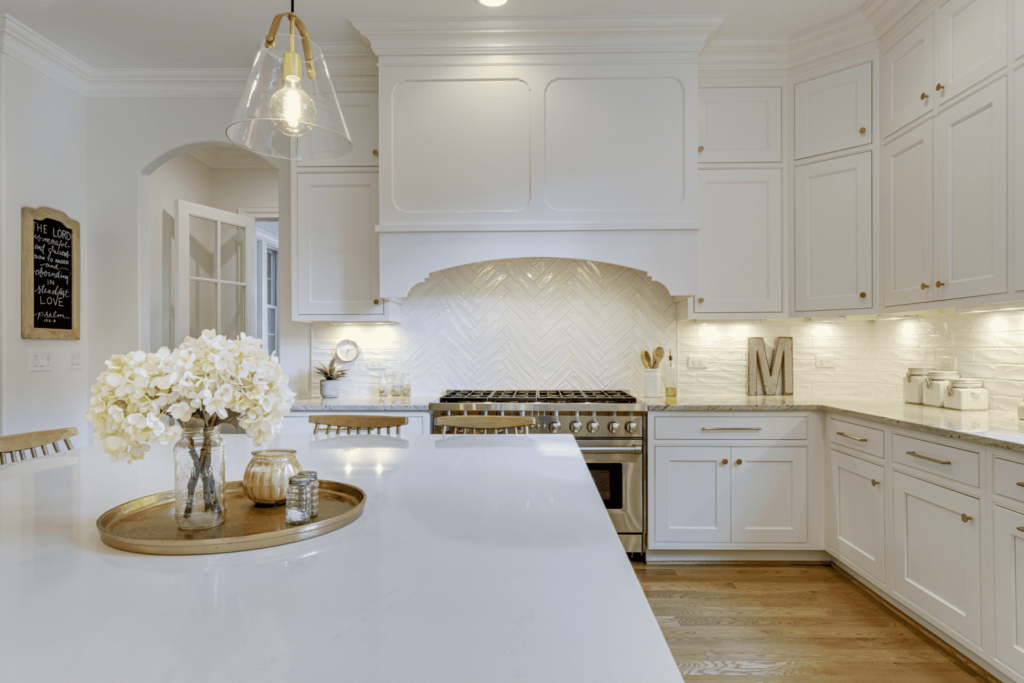 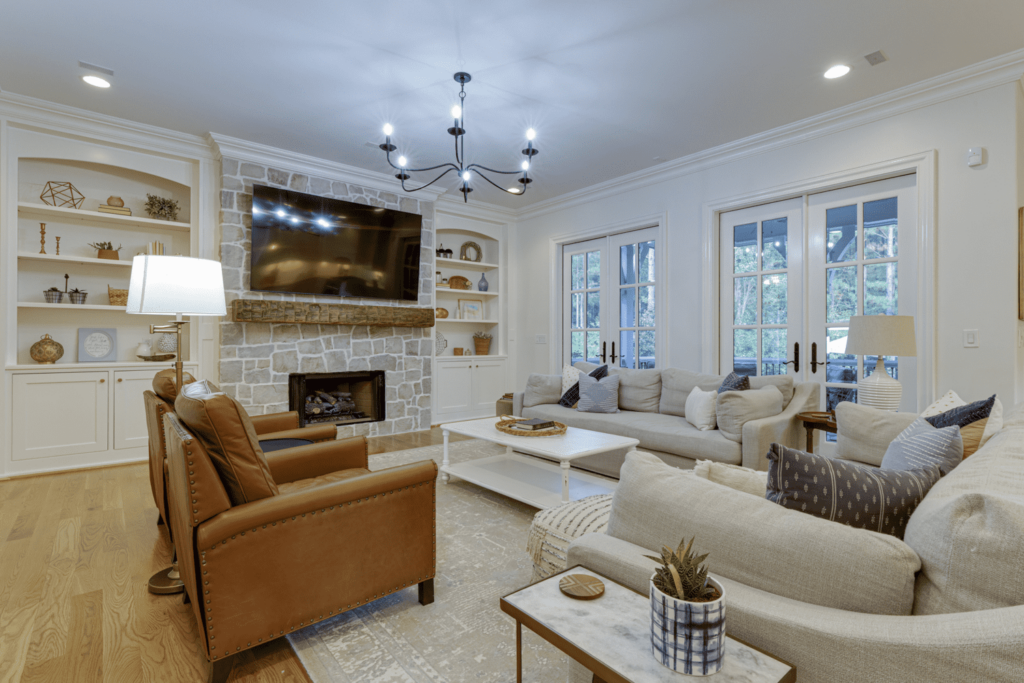 Although this was just a facelift, the kitchen is jaw-dropping and looks brand new! The new space has tons of character that tastefully incorporates old and new.