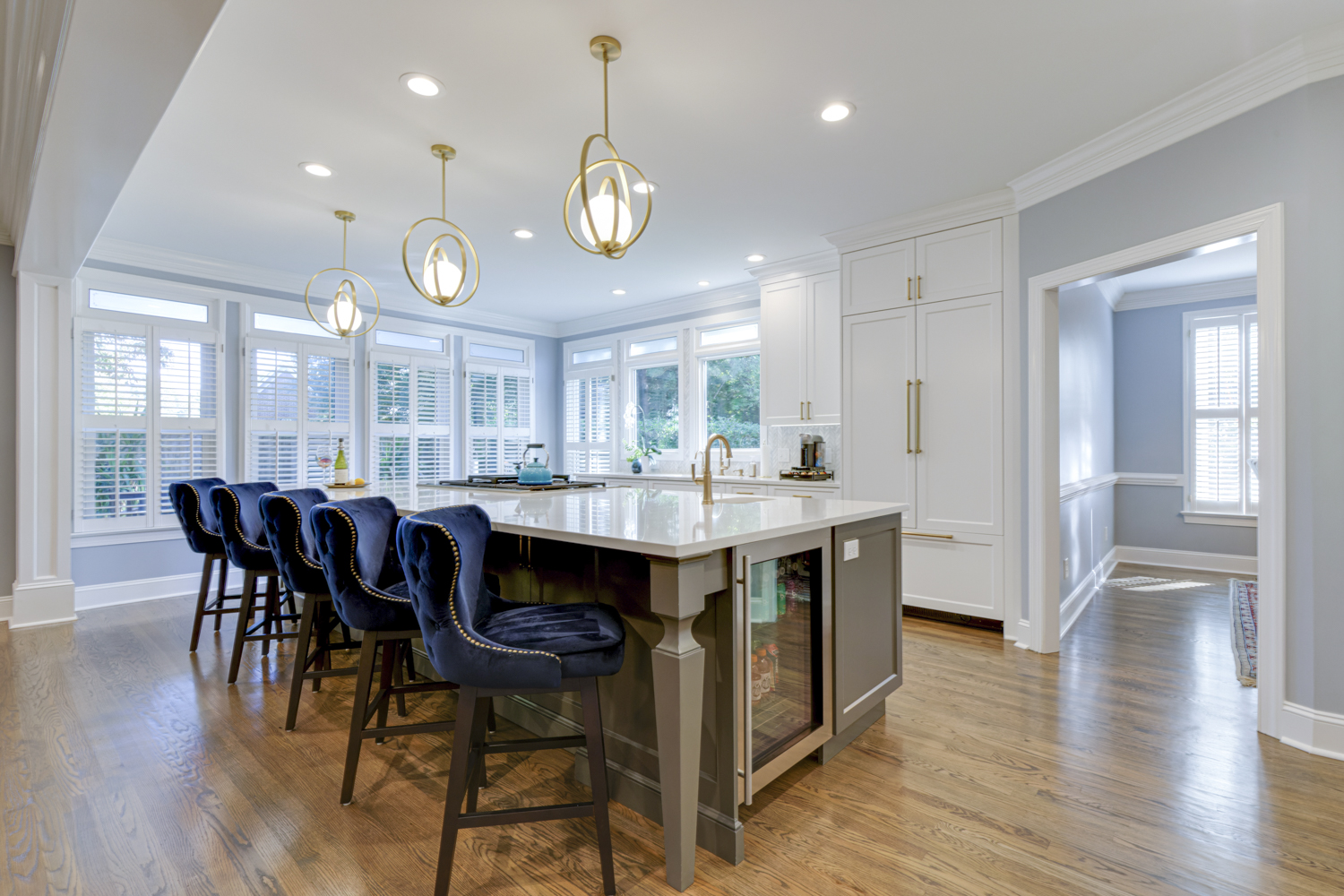 This small & outdated kitchen needed a complete remodel. The previous kitchen was cramped, secluded, and no longer fit their desired aesthetic. Most importantly, the homeowners wanted a larger space that better suited their lifestyle. 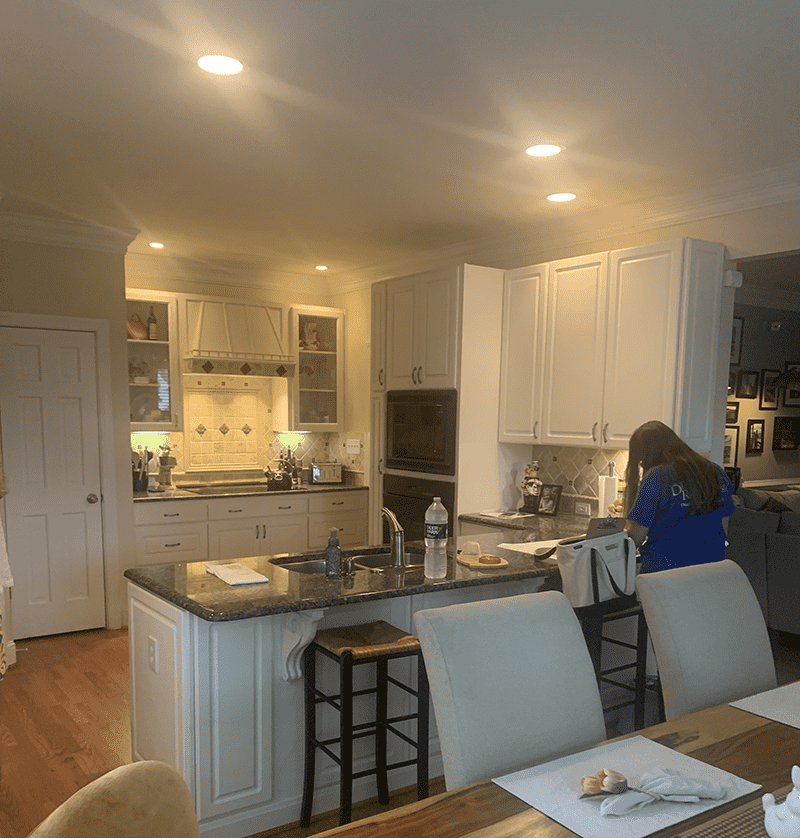 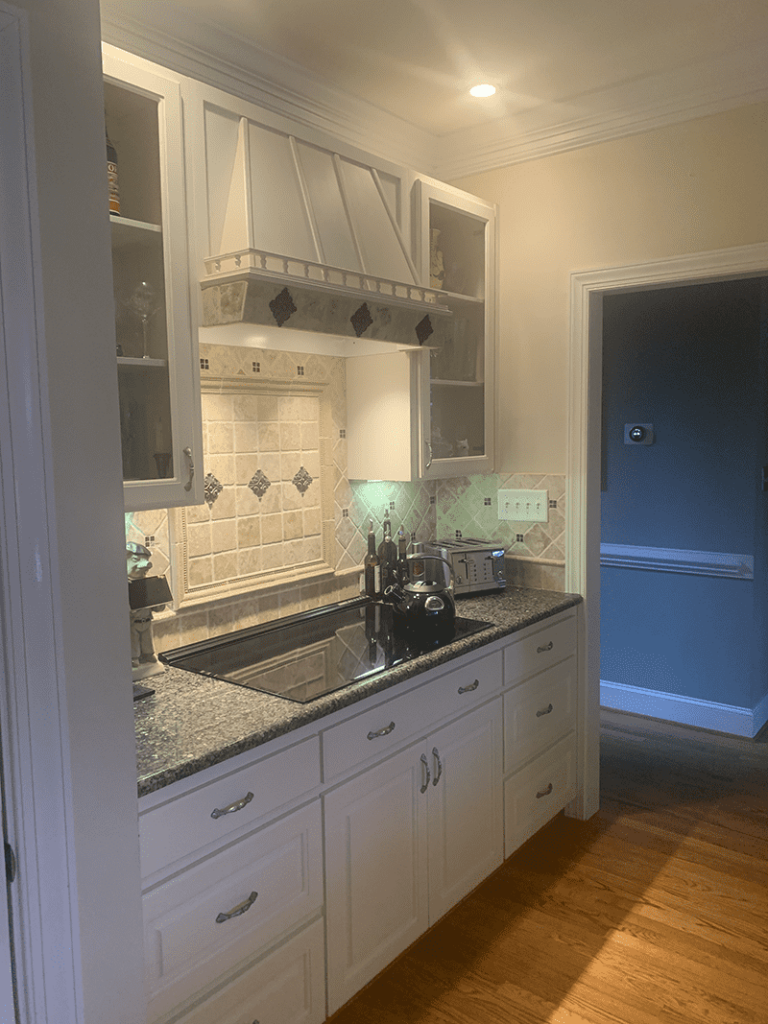 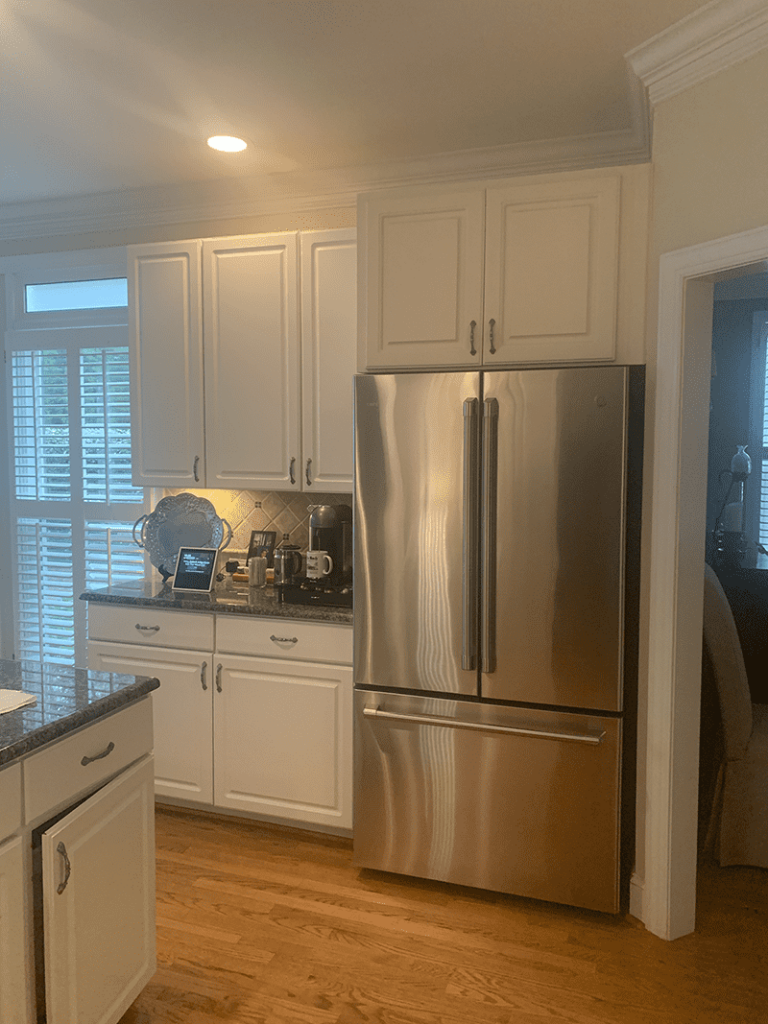 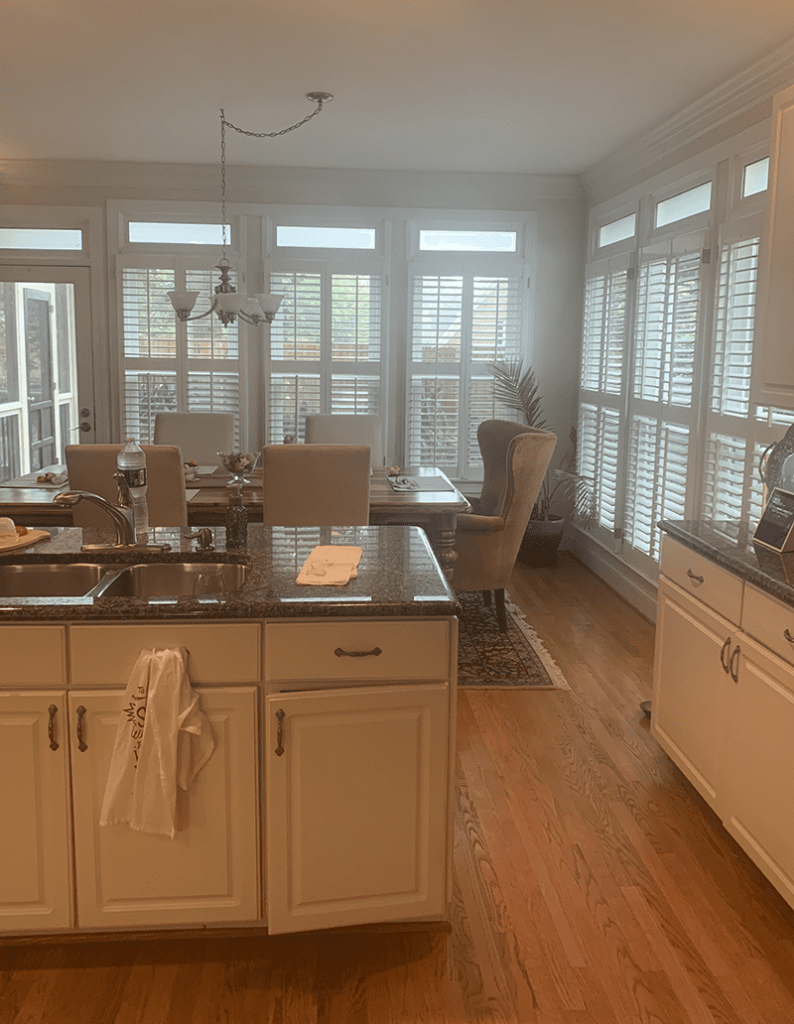 We first started with a few structural changes. By opening the wall between the existing kitchen and living room, we were able to achieve a more open concept. The new opening features custom moldings designed to mimic the home’s existing millwork. 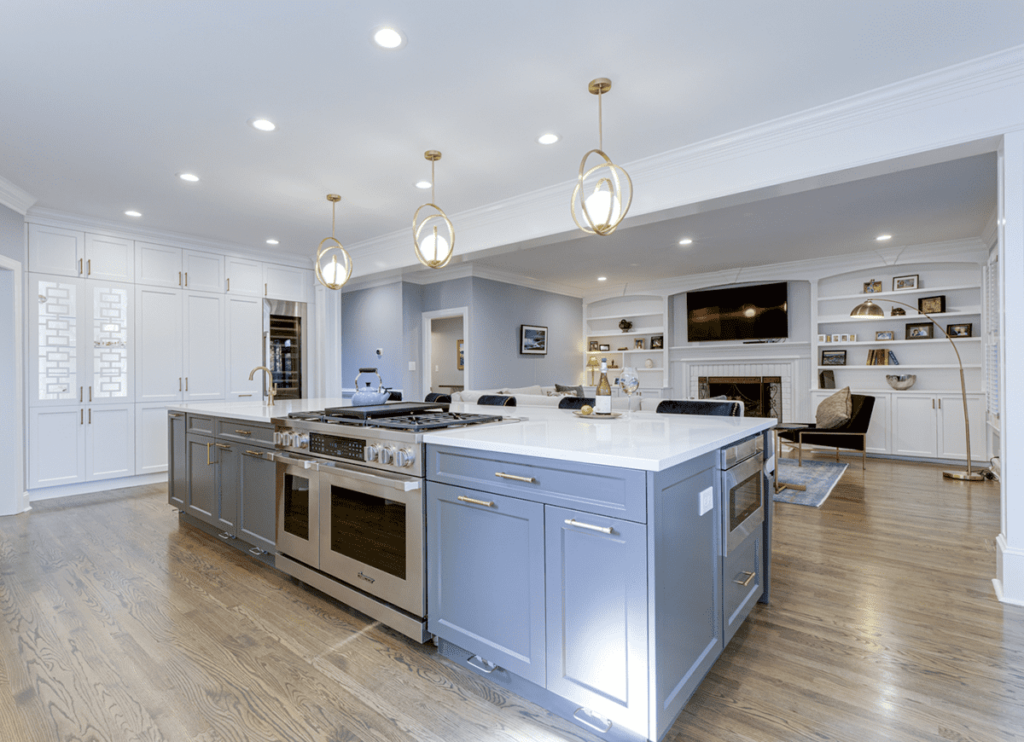 We also decided to rework the “window wall” in the new kitchen to allow for a larger island and more counterspace along the perimeter. 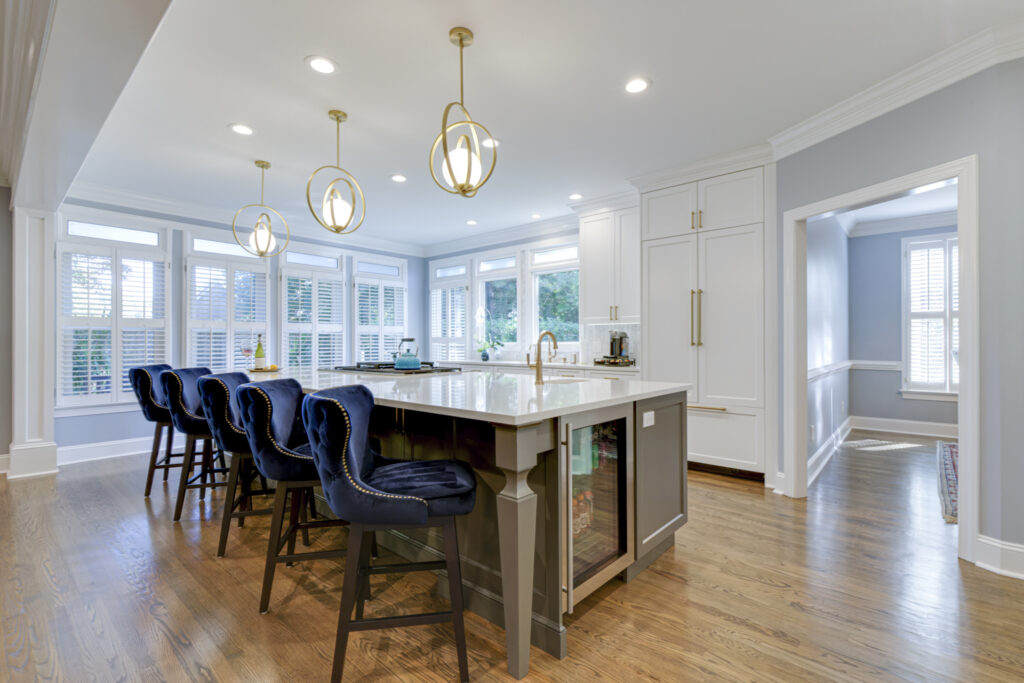 The new kitchen features custom cabinetry in two signature colors, creating contrast between the perimeter and the large 13’ island. The new cabinets were thoughtfully designed to be attractive and efficient. 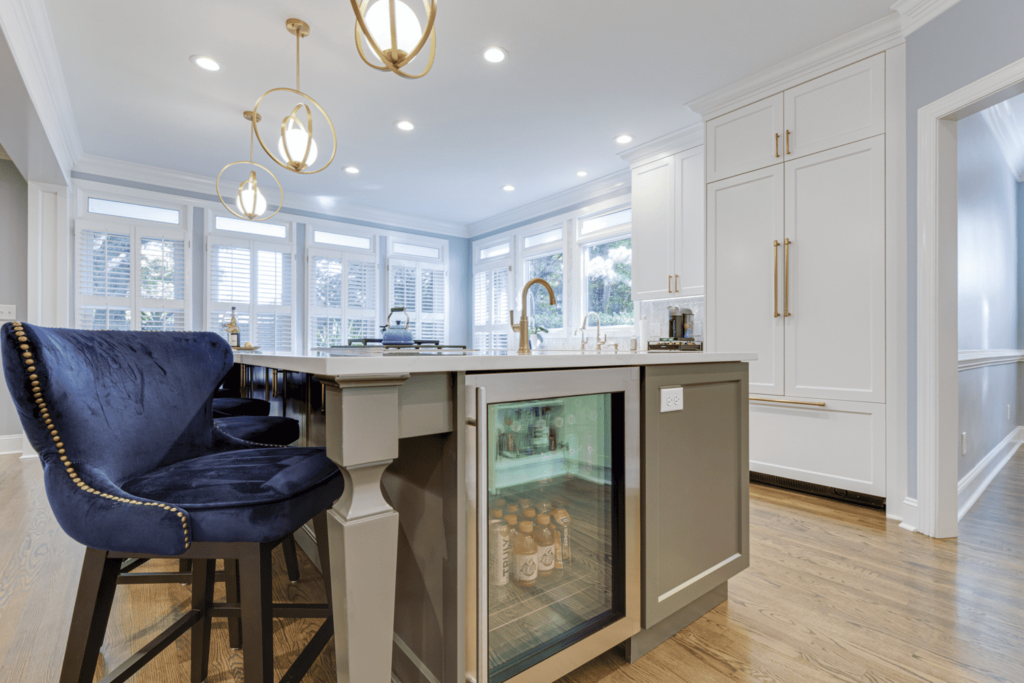 Some of the key features include tray dividers, adjustable cutlery inserts, cookware storage, spice and oil pullouts, and kick openers. 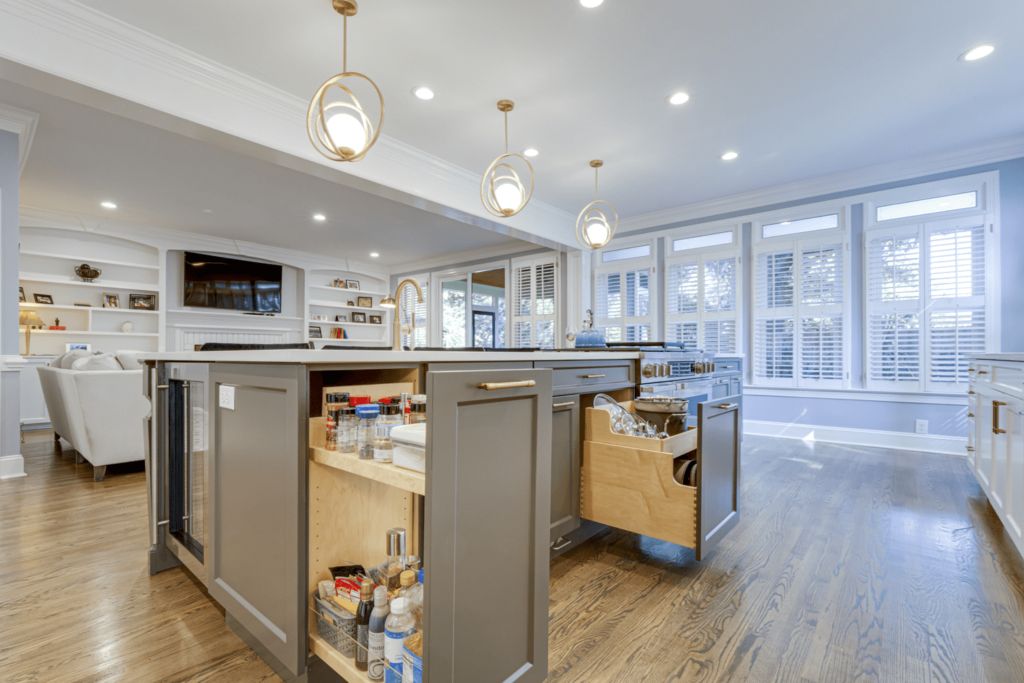 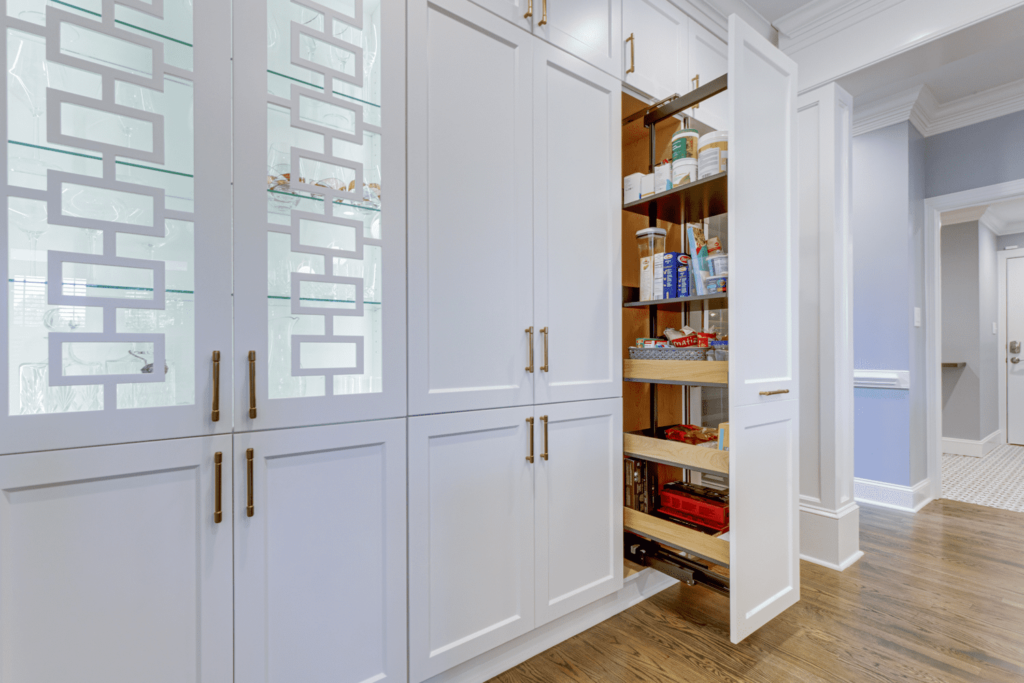 Another neat cabinet feature is a hidden lockable liquor cabinet. Directly above the liquor cabinet sits a decorative glass mullion door, which adds dimension and alluring interest to this wall of tall cabinetry. 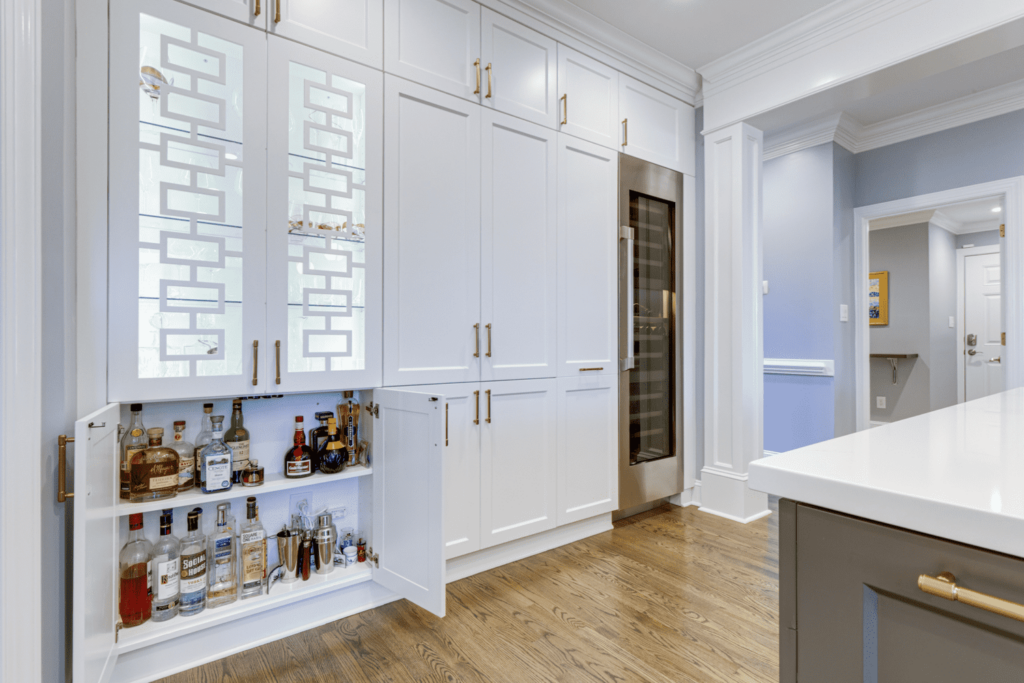 To complete the elegant look, we incorporated quartz countertops complimented by a marble mosaic backsplash. 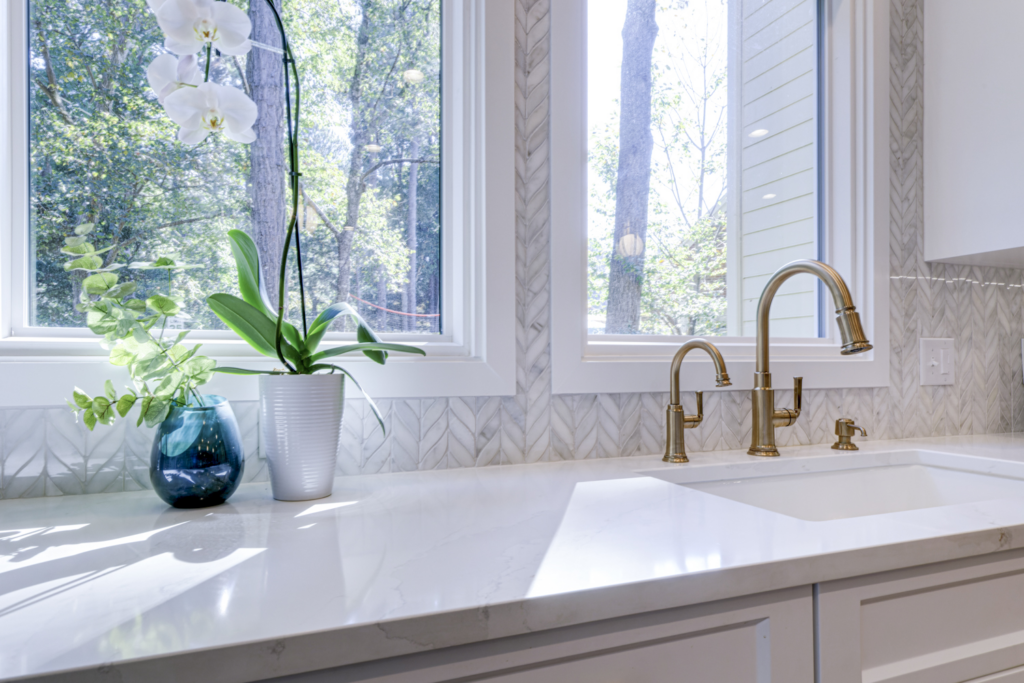