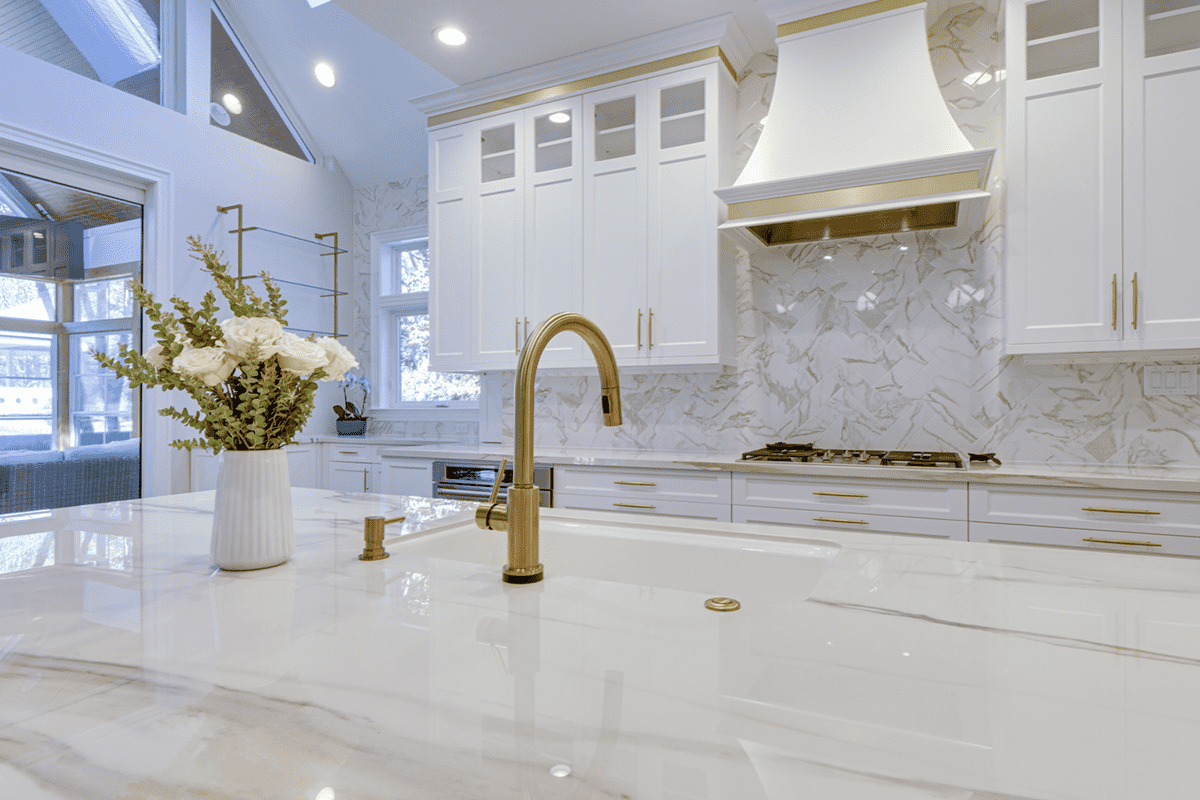 This homeowner’s kitchen needed grandeur to match the style of the house. Their home is over 7000sf, but the original kitchen was only 200sf. The homeowners love to entertain, so the existing kitchen layout did not lend itself to larger gatherings. 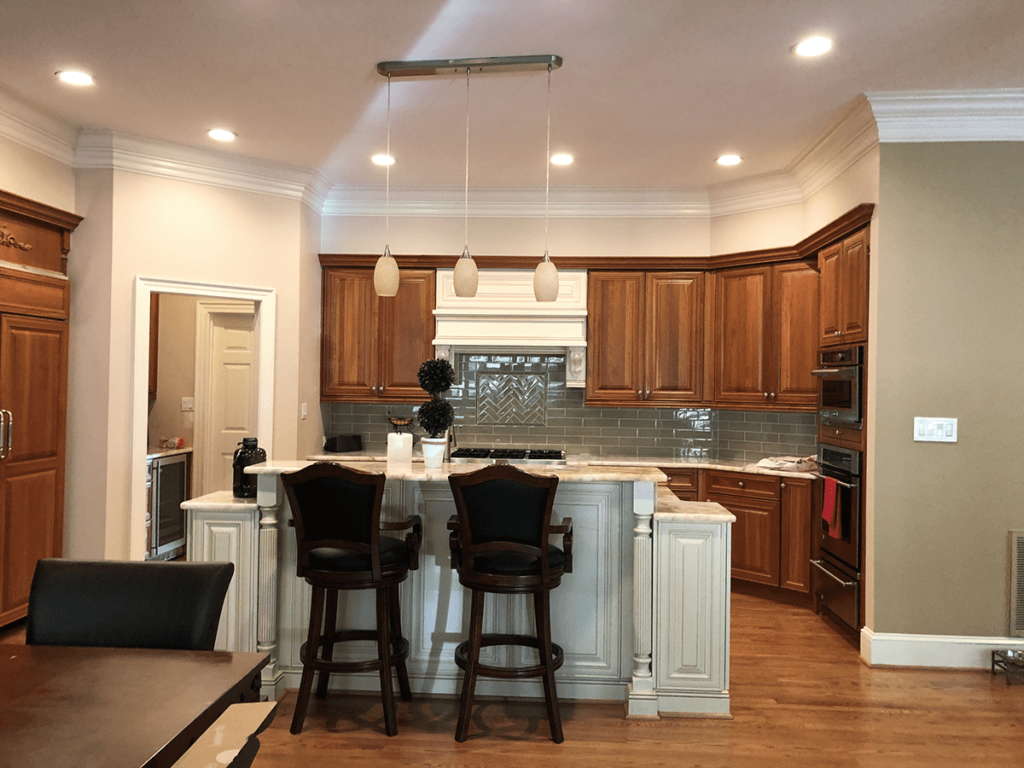 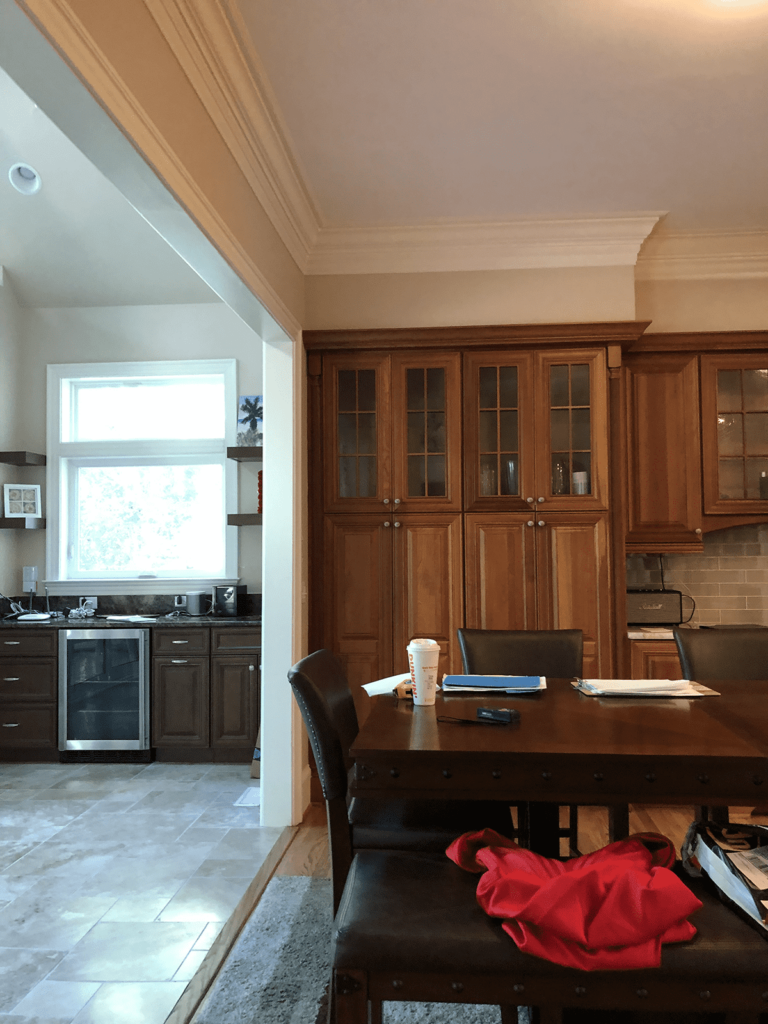 The butler’s pantry was hidden and the only pass through to the dining room from the kitchen itself, which was dark and felt tucked away. 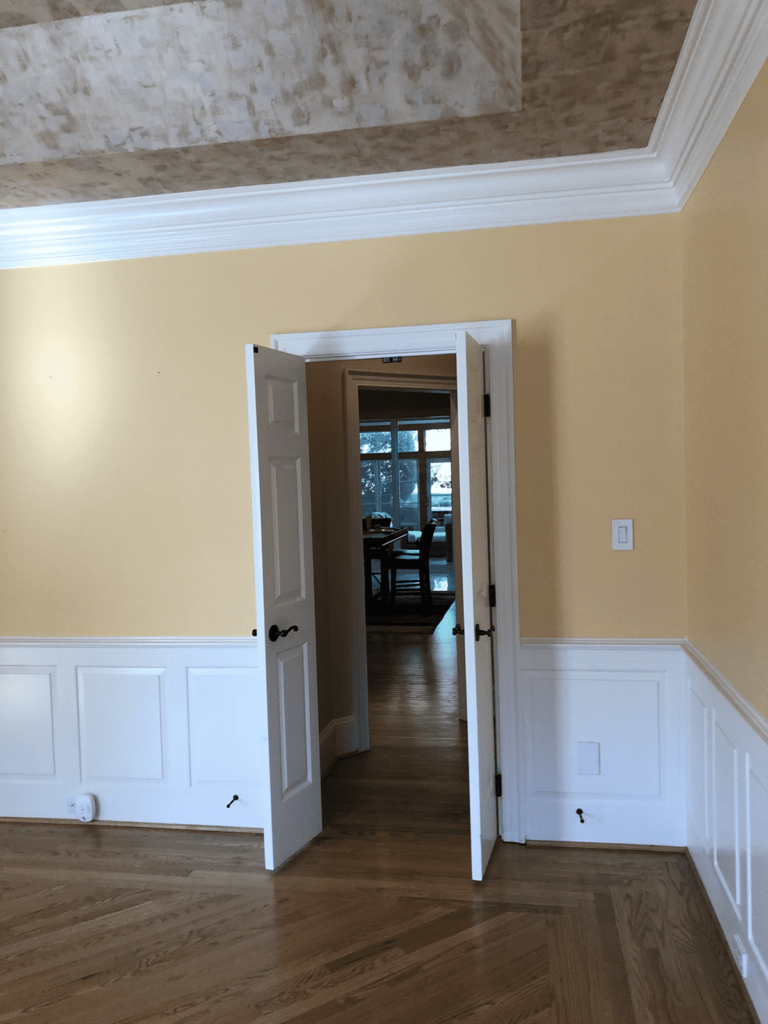 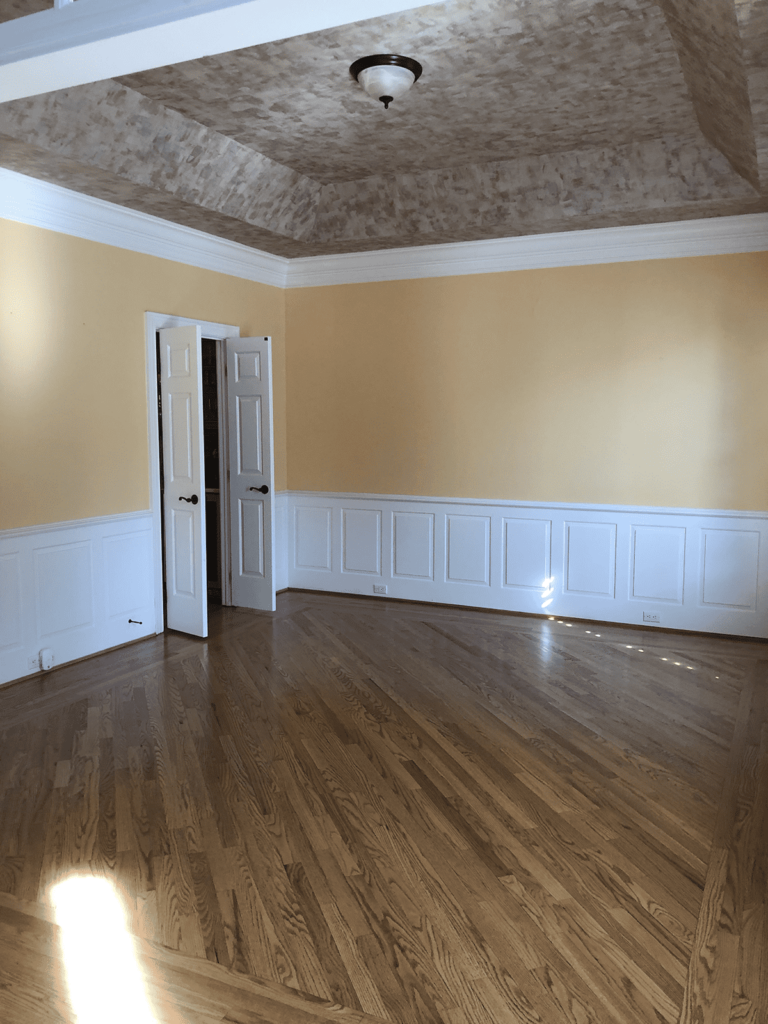 The redesigned kitchen is now bright, open, and perfect for entertaining. The walls enclosing the existing butler’s pantry were removed in favor of opening the entire space.

French doors were added to the dining room that matched the existing ones in the house, bringing in much-needed natural light. 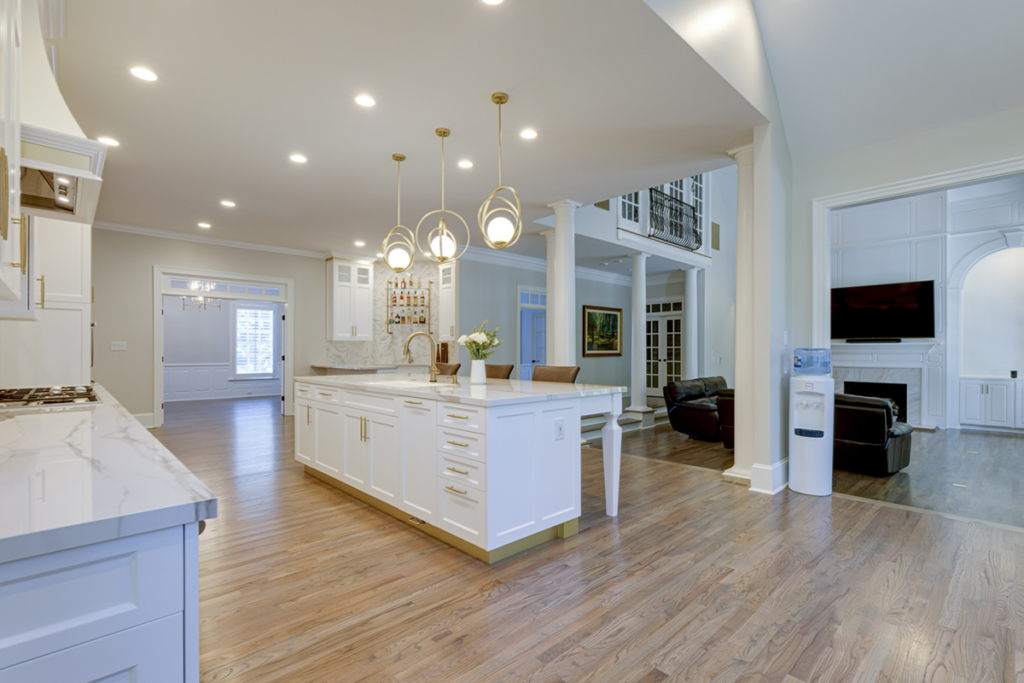 To gain even more space for the future kitchen, we removed a wall separating a “nook” and made the ceiling seamless with the newly open space.

Low maintenance, yet high-impact materials were selected such as the marble-look porcelain countertops with mitered edges. Gold accents were added throughout to add dimension to the monochromatic color scheme. 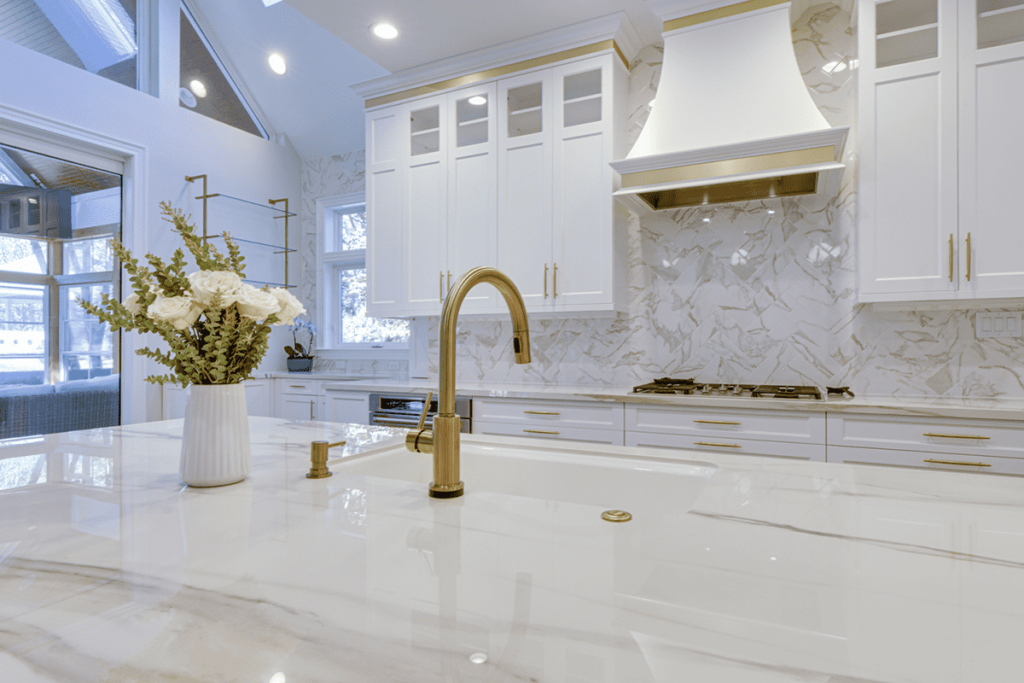 The marble-look backsplash blends perfectly with the countertop and was laid in a herringbone pattern creating interest and texture. 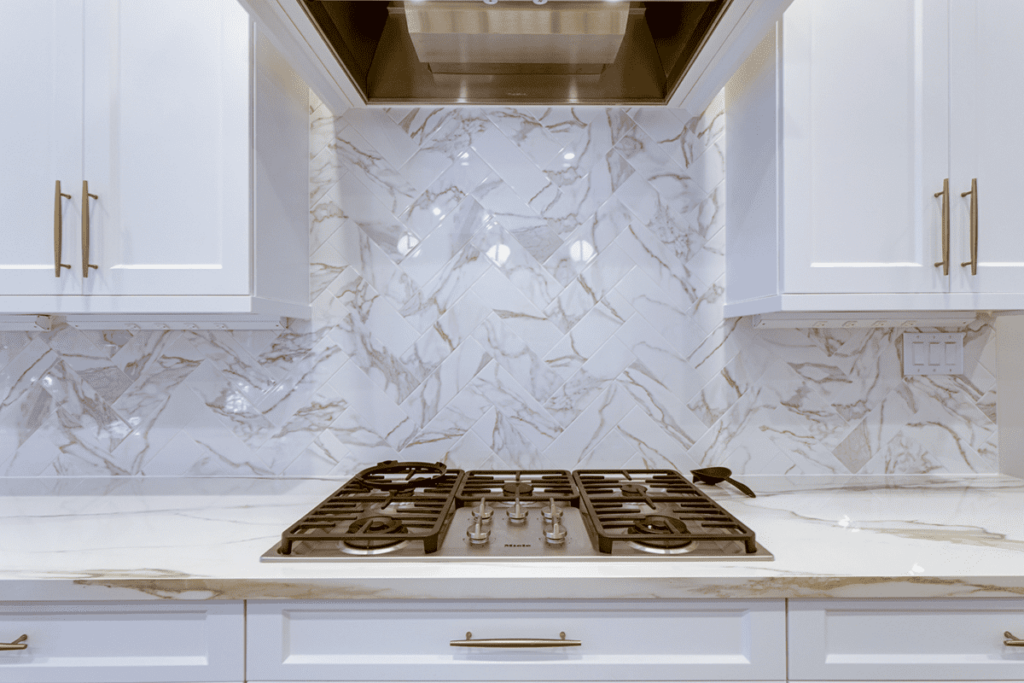 To maintain a minimalist style, outlets were hidden under the upper cabinets by using a track. Paneled-front appliances added to the clean look, limiting the amount of stainless steel. 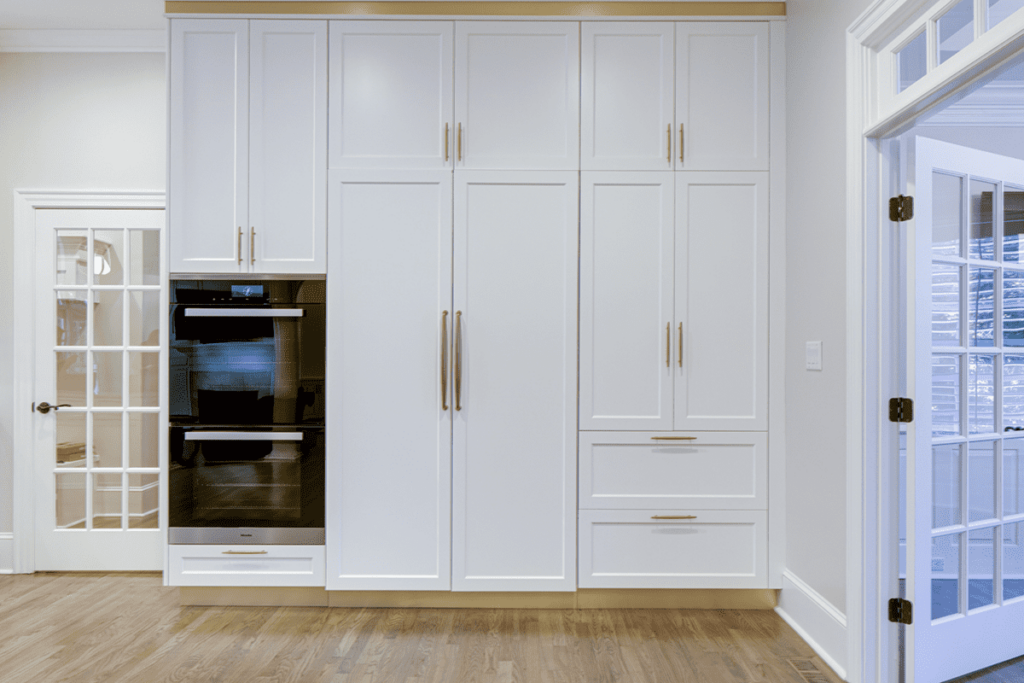 Not only did we want it to be a showstopper visually, but we also wanted it to function just as beautifully. We incorporated several functional accessories such as roll-out shelves in the pantry cabinets, tray dividers, double-height utensil dividers, knife block, and a step release trash cabinet. 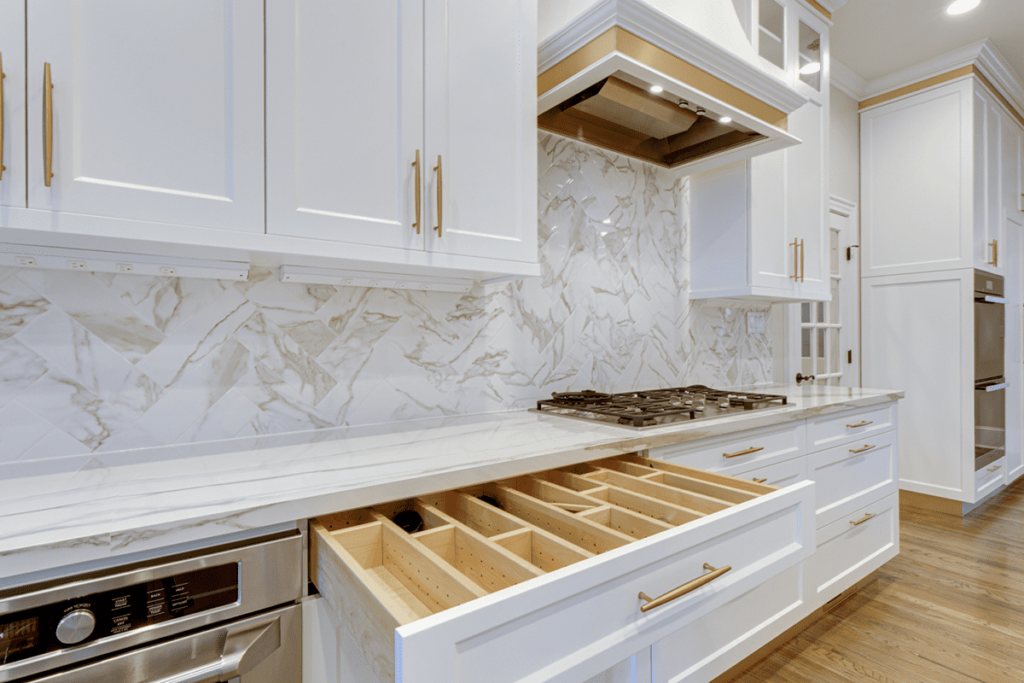 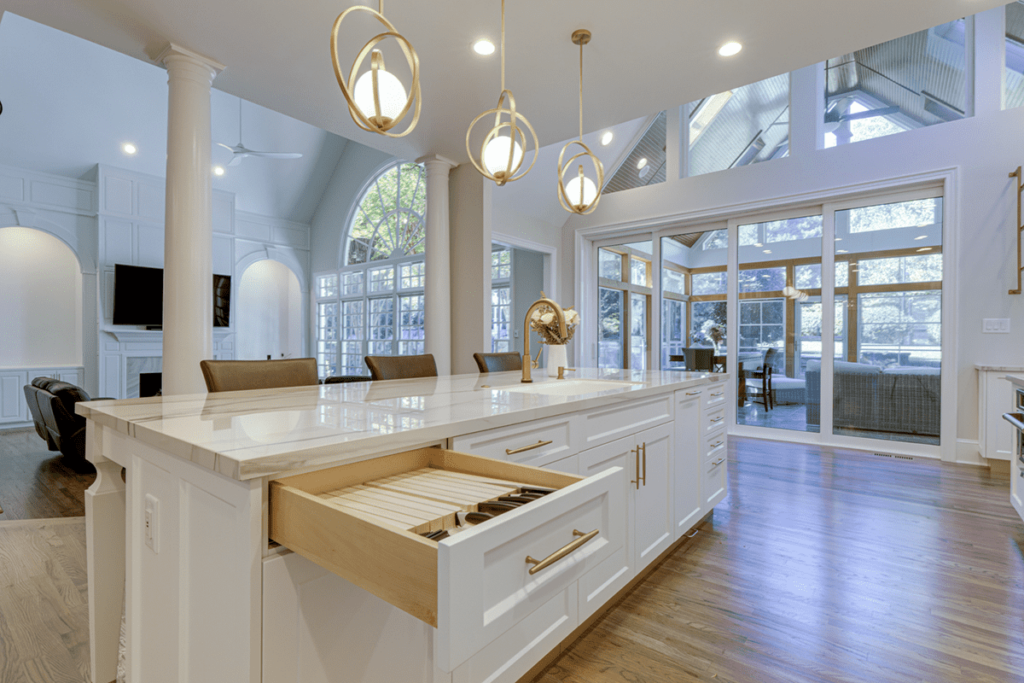